Community features: what they are and why your app needs them

During this year’s Collision Conference I had the opportunity to speak with dozens of app developers. In these conversations, one term kept emerging: community features. No matter what industry their app was geared for, these developers were quick to emphasize that alongside whatever made their app unique there were of course community features to increase retention. So what are community features, why are product managers jumping at the chance to implement them, and how can you use them to add value to your app? 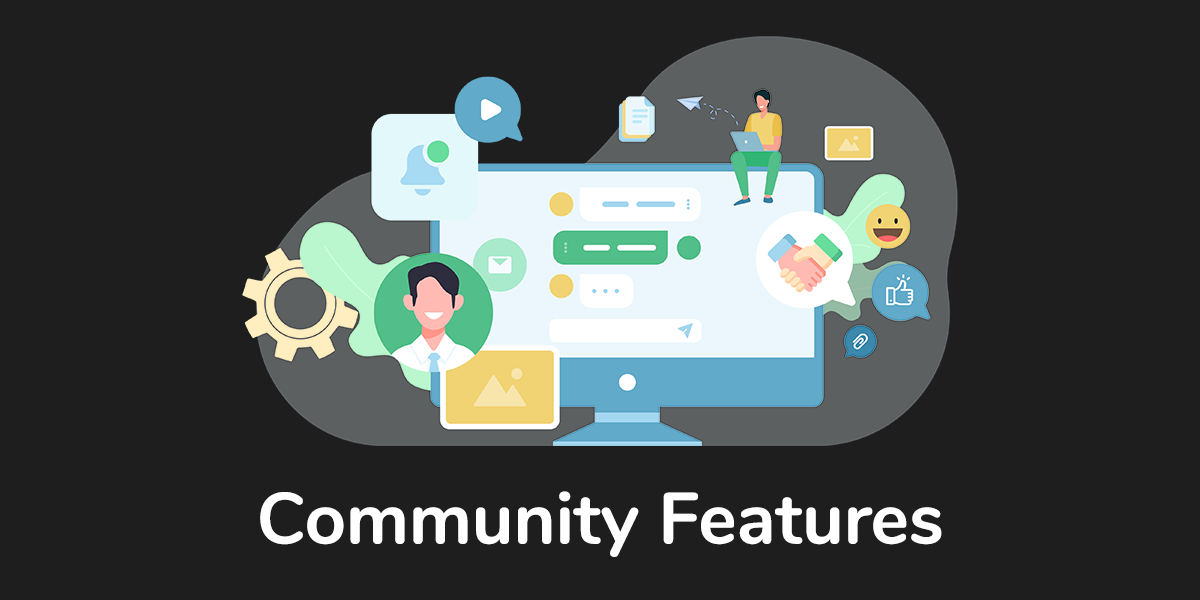 What are community features?

At the purest level, community features, also known as social features, are the tools that enable end users to discover, build, and grow communities within an app. In order to accomplish this, users need to be able to share information and communicate both directly and asynchronously. Strip away all this high minded abstraction and what I’m really describing here is an activity feed.

If you’ve ever used a social network like Twitter or Facebook then you have ample experience with activity feeds. As I mentioned in a previous post, the first activity feed to reach widespread adoption was the Facebook News Feed. Prior to the introduction of the news feed, Facebook users could interact in two places: public and private notice boards known as groups, and by writing on each others’ wall: a feed that existed on each profile page. 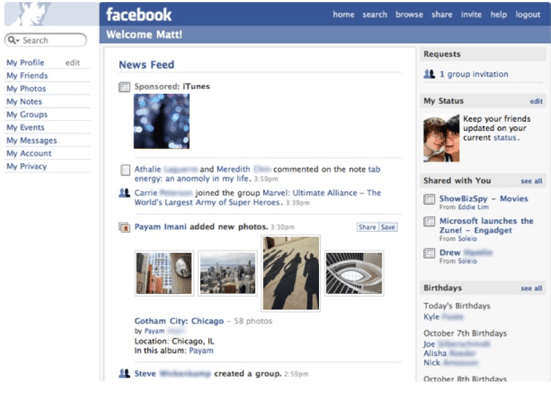 The news feed compiled all these interactions, including those of friends, into a never ending feed, consolidating the whole of online social life in one space. This simple change supercharged in-app engagement. It kept users engaged by providing them with a frequently updating stream of content where they could react, comment, and share.

The popularity of the news feed didn’t go unnoticed, and many apps emerged built on the concept of feeds, and other apps began adding their own social features via activity feeds APIs. What was revolutionary in 2006 has now been more or less codified into an expected featureset. When integrating activity feeds APIs into an app, any product manager should expect the following elements at a minimum:

Using something like Weavy’s In-app Feeds API, product managers can quickly and inexpensively give end users the ability to form a community within their app using these elements. Below in as example of the functionality the in-app feeds API brings to apps: 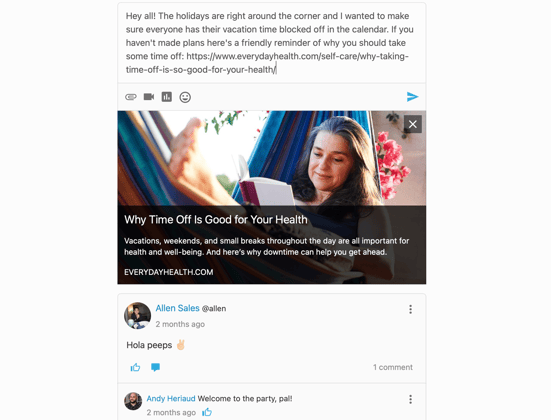 So what makes community features so compelling to end users?

In the book “Sapiens,” anthropologist Yuval Noah Harari posits that one of the key traits that distinguishes human beings from the rest of the animal kingdom is our ability to effortlessly form and grow communities. Guided by common values or shared history, these communities enabled humanity to work towards goals that could take years, decades, or even centuries to achieve. We’re hardwired to seek and form relationships, to build community, and to grow it.

The explosion of social media in the last twenty years should be market validation enough for the power of community to create product stickiness, but even apps that were never designed around community can benefit from social features. One informal survey of mobile games showed that the introduction of social features had positive effects on engagement, retention, and increased the average lifetime value (LTV) of their users. Community features help sate an innate need to share information and interact with others.

More than that, community features also create a better experience for end users. In the context of productivity focused apps like CRMs, feeds provide users with a space to share important updates or create a forum for discussion on the latest deal without having to navigate to another app. In the context of lifestyle oriented apps like ed tech and med tech, feeds allow users to gather and discuss the latest issues, ask questions, and offer support. Feeds can also improve products in a more direct way, by creating a space where users can interact with the product team to discuss feature requests, troubleshoot errors, or just give feedback.

Community features are on more and more product roadmaps, and it’s not hard to understand why. By using activity feeds APIs like Weavy’s In-app Feeds API, product managers can easily integrate social features into their app, adding immense value for end users and increasing engagement, retention, and LTV. Customers are built to form communities, and apps should be built to encourage that behavior.