File previews can make your app a productivity powerhouse

Files. Whether you like them, loathe them, or fall somewhere in between, files are an inevitable component of any digital workflow. As many productivity workflows have moved from the personal computer to the cloud, the need to keep files stored and organized in the cloud has become paramount. Luckily for app developers, there are a number of API based solutions that allow file uploads and organization to be integrated into their web and mobile platforms. But getting files stored in your app is only part of the battle, to really make your platform a place for collaboration and file sharing, you need a solution that offers file previews. 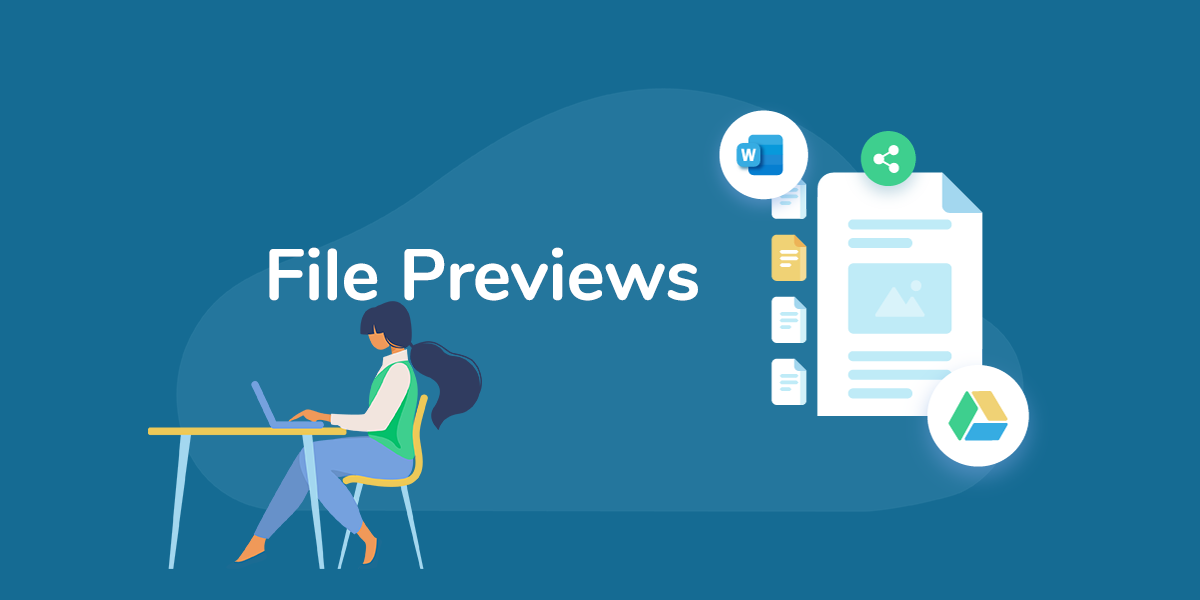 What are file previews?

A file preview is exactly that: a preview of the contents of a file that you can observe without having to open the file in an application. If you’ve spent any time using a desktop operating system you’re already more than familiar with file previews. Rudimentary file preview systems have existed for decades now: Windows has had image previews in the form of thumbnails since Windows 2000, and macOS’s Finder file browser has always displayed file previews with the “Get Info” function or column view.

But file previews as we know them today came with the release of macOS X 10.5 Leopard in 2007, where a major overhaul of Finder added the ability to preview full sized renderings of a wide array of file types. This kicked off a file preview arms race that has yet to see an end. Today anyone using a modern desktop operating system can expect to preview the following file types without ever having to open an application:

There’s a reason for this: sometimes you just need to see or hear the files but don’t necessarily need to open it in an application. Anyone over the age of 30 has had to endure the indignity of opening version after version of the same Word file just to see which is the right one, full sized file previews made this issue a thing of the past. It’s a simple improvement that many wouldn’t even pay any attention to, unless it were to go away.

File previews made organizing and working with local files exponentially easier. In web apps, the same frustration of not being able to see the contents of your files still exists, but with an added wrinkle: downloading. Without file previews, end users not only have to open the files in the right application, but they have to download them first. While that’s just another in a string of minor inconveniences on desktop, lacking file previews makes file management a nonstarter on mobile devices.

To make any app a viable option for productivity and collaboration it needs to have rich support for file previews on desktop and mobile. While many cloud storage solutions like Dropbox or Google Drive offer file previews, there’s still a glut of apps in the mobile and desktop space that cannot preview any files at all. It’s understandable: configuring an app to parse and render a large swath of file types is a difficult undertaking. That’s why having file preview support was such a high priority for Weavy’s development team, especially for our document collaboration feature.

Right out of the box, any application that has integrated Weavy document collaboration is able to offer desktop and mobile previews of the following file types:

By offering the same file preview options, document collaboration brings the productivity of desktop operating systems like macOS or Windows to web and mobile apps, all while adding enhanced functionality by allowing users to add files from several different cloud storage platforms including:

To make the experience even more seamless, document collaboration also has best-in-class support for cloud productivity stacks like Google Docs and Office 365. What this means is that in addition to being able to import, sort, and preview Doc and 365 files, end users can create and modify those documents. Of course, when those documents are updated the previews also update to reflect the updates.

The future of computing is in the cloud, and as more and more of our workflows move to a cloud first solution the ability to work with important files on web platforms is paramount. In order to stay competitive in this increasingly clouded SaaS landscape, it’s important to choose a file solution that gives your end users the best possible experience. With the right implementation of file previews, you can give your app the productivity power to not only meet the expectations set by desktop operating systems, but exceed them.