This past week Web Summit hosted the first in-person Collision Conference in three years. Over 35,000 people representing over 1000 startups came to Toronto for three days of talks, networking events, and masterclasses. Representing Weavy at the conference and at our booth was our very own Andy Heriaud, who came away with a few key insights into today’s tech landscape. 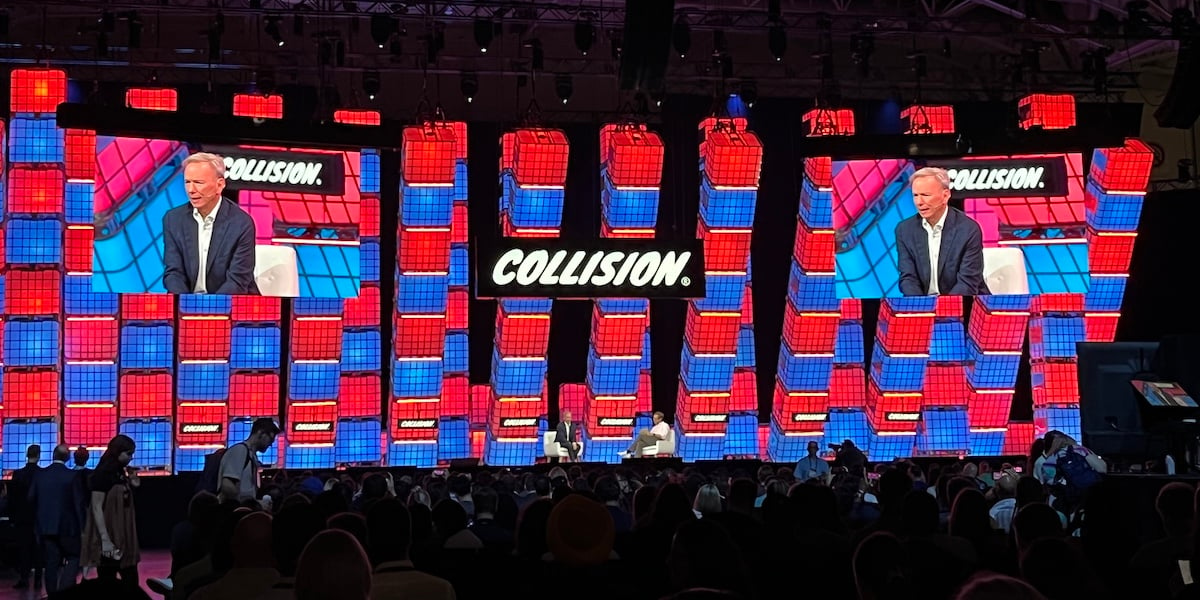 1. Attitudes are bullish, even in a bear market

Geopolitical uncertainty, rising interest rates, and month over month inflation have all contributed to more conservative investment strategies, officially putting the United States in a bear market. If history has taught us anything, a bear market in the US will have ripples throughout the global marketplace. I assumed this more humble outlook would be pervasive at the conference, and was surprised to find the opposite.

Whether I was talking to founders, employees, or investors the sentiment was largely the same: the time for growth is now. Representatives from corporate and government backed accelerators from around the world were eager to expand their portfolios. Off the record, a representative of a major venture fund shared that their investment goals for the fiscal year had expanded year over year, and that market forces were hardly a deterrent.

If there was one exception to this trend it was in the world of blockchain and crypto focused startups, where many founders groused that investor scrutiny had ramped up significantly in the past month. Though in my opinion, I think this shift is more of a course correction as many investors come to understand that blockchain and web3 technologies are not the gold rush they anticipated.

2. Offices are back, but remote work isn’t going anywhere

“The pandemic accelerated a trend that was already in place, it was inevitable, the when was just moved forward a few decades,” said the founder of a Toronto based machine learning startup. Though he told me that he gleefully returned to his office at the first opportunity, he said it wasn't a requirement for the rest of his team, and he wasn’t surprised to find that many of them opted to remain remote.

This was a common refrain that echoed throughout the many conversations I had on the show floor and after hours. In fact many of the startups I encountered were founded to address the problems posed by this new reality. I encountered several companies looking to use AI and machine learning to identify signs of burnout for remote workers, with different approaches to addressing them. There were companies built to connect employers with recruitment pools in emerging tech hubs like latin america and eastern europe.

Much to my delight, most of the conversations I had around remote and hybrid work were less oriented around productivity and more oriented around improving corporate culture and workers’ quality of life in this new paradigm. Conversations that last year may have been “is it worth it to recruit overseas?” were now “how do we balance time zones so no one has to take meetings outside of work hours?” Overall the consensus is that we’ve moved the workplace home, now we just need to dial in the work/life balance.

3. Collaboration and Social Features are on everyone’s roadmap

Over my three days at the conference, I was able to have hundreds of conversations with app developers of all stripes. Some had just launched and were looking to their next steps, some were on the precipice of launching, and others were well established and seeking investment. Regardless of what stage they were out I found that nearly all of them either had collaboration features on their product roadmap, even if they didn’t realize it.

So what does that mean? Quite a few developers who I spoke to would initially say their app didn’t have a use for Weavy’s features, but the more I showed them, the more they understood how their app could benefit. In one example the developer of an app that connected car owners with automotive service providers played with our Activity Feeds for a few moments before saying “you know, I’ve been trying to figure out an easy way for vendors to share updates with their customers.” A designer of a legal document collaboration app realized that our Document Collaboration features would solve their problems with version history and securely sharing edits.

For those who knew they needed collaboration features, I noticed a different trend: lack of resources. For those who hoped to create the features in house, they were struggling to add them without pulling their product team off their core features. For those looking to buy those features, they were usually deep in conversations about whether or not they could afford them at all.

Over and over again I heard the same thing from tech leads and product managers: chat is essential, but it’s too expensive. They’d grouse that they’d put off considering chat until they had a stable monthly recurring revenue, or they’d wince about how they’re trying to rethink their budget projections to accommodate the additional expense. Chat is the bare minimum collaboration feature, and other companies are pricing like they know it. This was exactly the problem our founder Rickard Hansson sought to solve when he made in-app chat free last year.

Despite all the unrest and upheaval going on at the moment, the mood at Collision was positive. The pervasive sentiment throughout the conference was that there are no problems too large to solve. Founders from across the startup landscape were eager to strike up a conversation and find ways to partner up, make deals, and get things done collaboratively.