The “collaboration paradox” and what we can do about it

We're facing a paradox when it comes to collaboration: More apps and tools to help us collaborate better, but with less effectiveness in the execution.

Scott Schreiman provides the following hypothetical — but undoubtedly very common — workplace experience as an example of the paradox we’ve been discussing so far:

“Somewhere there’s a cloud storage system that has a version of [a] report [you need] on it. But hang on a minute. You don’t know if it’s the most recent version of that report. 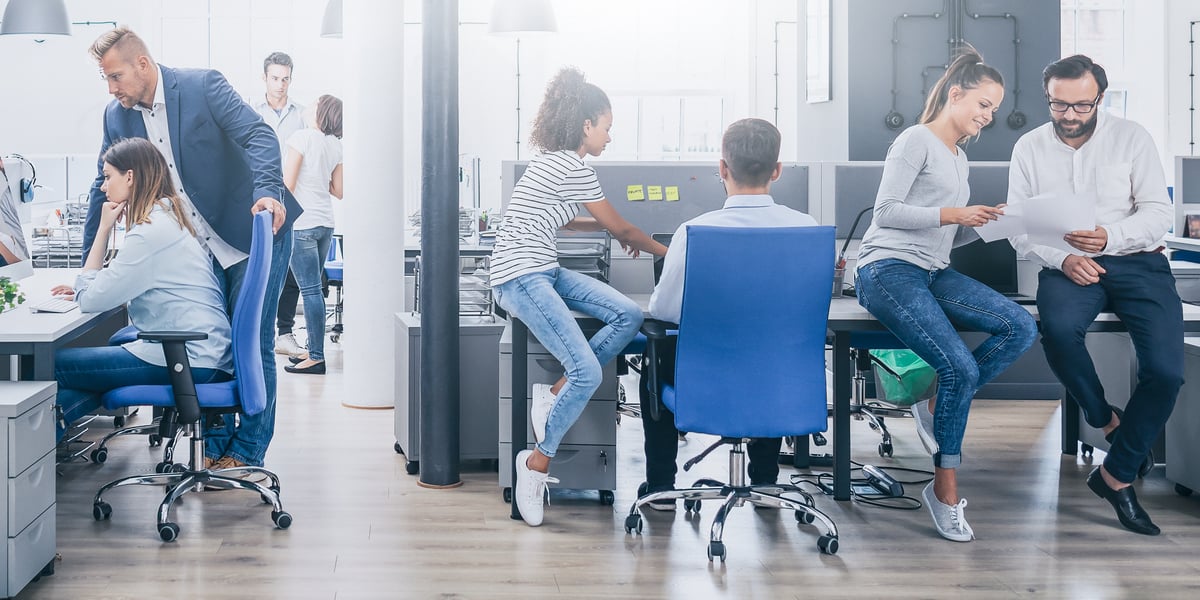 Maybe a couple [of] team members talked about it and modified the report an hour ago. But that version isn’t with your email, so you don’t have it.

Now you go into your meeting, ignorant of the latest information, but making decisions anyway. Only to find out the decisions need to be revisited once you get the latest report.

This is efficiency? This is effectiveness? Nope. That’s the collaboration paradox”.

Perhaps we could just chalk this up to an irresponsible employee who doesn’t know how to “stay on top of stuff”: maybe he’s forgetful and lazy, with only himself to blame for “being left behind” by the rest of his team.

This might be the case for particular workers here and there but Schreiman’s point is actually that the collaboration paradox is a systemic issue.

It’s a product of the very environment we’ve inadvertently created over the past several years as we’ve rushed to develop and release the next big collaboration app or platform:

“The Collaboration Paradox is the tension between our collaboration efforts and [the] results produced. The more collaboration tools we use, and the more we encourage people to work in a collaborative manner, the more difficult it becomes to synthesize and act on all the output of collaboration. …
The growing volume of output of all this collaboration — the increase in content and the conversations that surround it — is making it more [not less] difficult to use the collaboration output in an efficient and meaningful way”

Collaboration in-and-of-itself can complicate work processes in the sense that the more people who work on the same project, the greater the amount of data (conversations, document edits, meetings, etc.) that need to be managed and shared.

The problem is not so much that the amount of data to be handled and distributed is overwhelming but rather that there’s a substantial lack of interoperability, i.e., integration, between different apps.

Ironically, many of the apps that businesses use today as part of their efforts to facilitate better collaboration between employees have actually been “developed to work individually and in silos” rather than with an eye to integration and mutual support.

Dion Hinchcliffe, VP and Senior Analyst at Constellation Research, describes how app proliferation, combined with a “thorough and disappointing lack of tool interoperability”, is increasingly siloing and fragmenting teamwork and employee communication:

“[C]onsumerization of the workplace in recent years has had many implications for worker productivity and effectiveness: There are now just too many disjointed digital messages to handle and digital tools to manage for the typical worker[.] …

[In] just the last couple of years alone, [the] opening [of] new floodgates of apps and message flows [has occurred].

[Unfortunately], most of these messaging services and apps are disconnected from each other, lacking basic work context about what’s happening in an adjacent app to make the experience [sufficiently] contextual, streamlined, and productive”.

Others agree with this sentiment, insisting that:

As evidence of Hinchcliffe’s claim that most of today’s “apps still aren’t very smart about each other, and certainly not very tuned into our day-to-day work”, just consider the results of Okta’s 2017 Businesses @ Work report.

The study analyzed customer data from “thousands of applications, custom integrations, and enterprise customers and millions of daily authentications and verifications from countries around the world” and from “small businesses to enterprises with tens of thousands of employees”.

These results complement Okta’s 2016 report, which determined that companies across the globe used an average of 10–16 collaboration apps at a time.

These high, and progressively increasing, numbers would likely not exist if there were noticeably less fragmentation and siloing occurring within the modern workplace.

If software developers and app companies were more explicitly committed to developing apps that work together and support each other then businesses might not need to use so many different apps at once.

It’s likely that there are various other factors at play here but this dynamic in particular is crucial to consider.

As Lee Ho points out, the benefits to the user would be immense if collaboration-enhancing apps and platforms were designed to be much more thoroughly integrated with each other:

“Imagine your employees being able to start group chats, make voice or video calls, or check the availability of their colleagues from right inside Salesforce, Google Drive or any other cloud application with just a single click.

Your employees could even add other people — customers, partners, and colleagues — to their communication sessions from within the application.

This seamless connectivity enables teams to maximize every minute of their schedules, leading to increased productivity and reduced operational expenses”.

Software developers might understandably be resistant to the prospect of creating applications that are compatible with their “competitors’” products.

This is especially likely to be true for smaller software companies that don’t have the resources of a Google, Microsoft, or Slack to try and develop integrative solutions and platforms.

Admittedly, API-to-API integration is making it much easier for developers to create new apps that work with existing programs and platforms, and this is sure to continue into the future.

However, what if there were another approach to addressing this problem?

What if, instead of asking ourselves how we might better allow dozens of different apps to work together more seamlessly, we fundamentally re-thought the collaboration-technology relationship?

How is <weavy/> looking to tackle the paradox? Learn more about how we can approach collaboration in apps like CRMs with our new E-Book. Download your copy now: 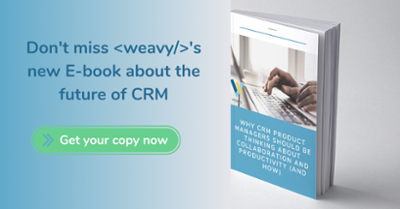 Tools and resources to take action now. No sign up. Just get started!